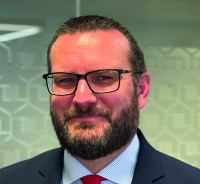 Cyber risks are among the worst perils that companies face, according to this year’s list of global business threats from Allianz. Attacks are multiplying, they’re becoming more sophisticated and the cost of insuring against them is rising.

Although cyber attacks come from the shadows, you read about them everywhere. For example, Toyota had to shut down production by all its factories in Japan after a supplier was hit by a cyber attack — a move that cost the company 13,000 new cars.

Back in February, the Financial Conduct Authority wrote to financial firms telling them to reinforce their cyber-security systems.

Cyber criminals are using confidence tricks designed to persuade employees to hand over passwords or other sensitive information via phishing emails (these are sent, supposedly, from the IT department, for instance).

Britain is digitally advanced so there is more opportunity for sophisticated stealing. And, when teams weren’t in the office because of Covid, these threats became more dangerous. With the country’s commitment to lowering our commuting carbon footprint and home working, the threats remain.

It’s set to get worse, in fact. Deepfakes — synthetically generated content used for illicit purposes — are still a concern.

In the US, the Federal Bureau of Investigation has warned attackers will “almost certainly” start employing deepfakes to attack businesses, using computer-enabled audio impersonation programmes to trick institutions into wiring tens of millions of dollars into the criminals’ hands. No wonder NatWest spends more on comparing, pre-empting and reimbursing cyber fraud than it does on its branch network.

We have outsourced our cyber function to a third-party organisation; this means the service is 24/7

I’m not a naive technophobe. Equally, I didn’t think cyber threats would be such a big deal out here in West Malling. They’re more of a challenge than I anticipated, though — we are constantly under attack.

As well as learning more about existing threats, I have become increasingly aware of the risk of not having the right people on the case. The pandemic has been a wake-up call. There is a commercial risk to having cyber roles unoccupied.

How to meet the challenge?

Our IT department is dedicated to updating our systems to keep up with evolving threats. As well as making sure we have a full complement of IT staff with appropriate bench strength, we stage fake phishing attacks and target our own staff. That helps keep everyone vigilant and raises awareness around the company. And we have integrated cyber attacks into our business continuity plans.

When teams weren’t in the office because of Covid, these threats became more dangerous

We have also outsourced our cyber function to a third-party organisation; this means the in-house role is never vacant and the service is 24/7.

There’s more to the issue than I expected and I understand why cyber-security giant Darktrace envisages such a bright future.

I’d like to add that camDown is the only solution you need to block webcam hackers and I can tell your family would say the same!